During my one Project of Exchange 2016 Migration, I was facing strange issue. I was getting issue with Content Index State suspended after reseed/Catalogue update even though I tried to do it again and again. I had no idea what was happening and why.

After Migration to Exchange 2016, everything was getting fine… all the clients were stable. Connectivity was good and we had already dismantled the old hardware. Now it’s time us to replicate and create a DAG between the Databases. And meanwhile, we got a hiccup. Every time we replicate the database or reseed it, we use to get an issue with passive copy. The Passive Copy was healthy but it was showing Suspended. 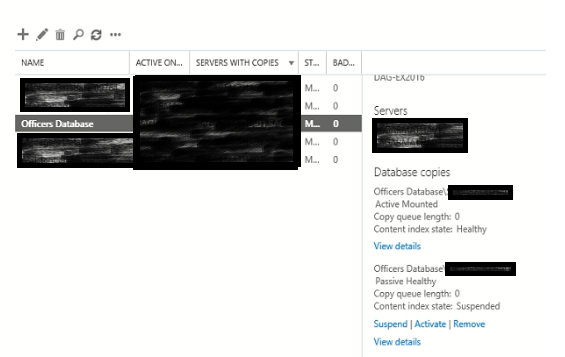 I thought that was only issue with my ECP and tried to check in EMS. And even there it was same.

So, to get sort it out, I started to check and monitor each and every activity on the log of the database. Monitored the Event Viewer for few days… and there no nothing alarming. Hence going through the TechNet, one of the Forum member suggested to check the Registry of content Index on the both the server and validate it. So, I went to the registry location

Computer\HKEY_LOCAL_MACHINE\SOFTWARE\Microsoft\ExchangeServer\v15\Search\IndexStatus on the both the servers. And that was the luck… I just found the culprit. The issue for the suspended was because it was not able to update the registry values on the passive copy of the server.

So, I copied the value of registry from the Active Database server to Passive Database Server and made the server reboot. After reboot of secondary server, I again check the status of Database Copy. And Awesome, it was showing Content Index of the Passive Copy healthy.

Even in the ECP it was showing Healthy. 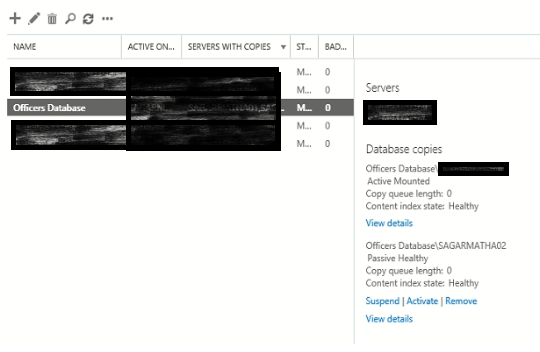 I have no idea on why the data were not replicated on both the server, this might be due to Antivirus or something. But this is great that the issue of the replication has been solved.