Sometimes it feels like Microsoft just push the updates without testing… and last time same thing happened to me. I was on the delivery of the project of Exchange 2016 Hybrid with office 365, and was facing some unusual issue. While configuring Hybrid Configuration Adding Federation Domain… got Frozen for unexpectedly long time.
Read More

During my one Project of Exchange 2016 Migration, I was facing strange issue. I was getting issue with Content Index State suspended after reseed/Catalogue update even though I tried to do it again and again. I had no idea what was happening and why.
Read More

Me and my team were on the Enterprise Deployment of Exchange server. We were deploying Exchange 2016 CU8, as CU7 had some issues and fixes were provided on CU8. We had deployed Exchange on Windows server 2016 (1607) for all the Farm environment. Configuration for the Mailboxes roles were good and had a complete DAG
Read More

Few days back I was on one of the implementation of Exchange Server 2016. My Team has successfully installed the exchange server 2016 and health checkup was good on EMS using Test-Servicehealth. But when we tried to open the OWA or ECP page we got stuck with the error ‘X-OWA-Error Microsoft.Exchange.Diagnostics.ExAssertException‘. This means we were
Read More

Managing password has been one the nightmare for the users, they are always confused on how to get remember their last password. And also, be secure with it. Something there might be the requirement to change those default passwords expire dates. Hence Office 365 team has introduced the Customized Password Expire on Office 365 Portal.
Read More

Security has been major issues these days. And if we have to count this on emails…. Emails are most critical as well vulnerable service. Hence to minimize this vulnerability on Email services, one of the most important checklist is to use Public SSL Certificate. As on my previous blog, I have already shared how we
Read More

Recreating Exchange Mailbox is one of the nightmare for the Exchange administrator, if few things are not taken care. On this blog I am sharing my knowledge on how we can recreate a user without making impact on the mail flow for that user. There might be the different cause due to which Mailboxes get
Read More 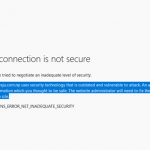 I am currently using Exchange 2016 CU 4 as of the below version. Few days back my server was working fine and was easily reachable from inside as well as outside domain. on the point I have even used the certificate from DigiCert for SSL verification. Suddenly today I found that ERR_SPDY_INADEQUATE_TRANSPORT_SECURITY issue in OWA
Read More

In other news, Microsoft announced that Exchange 2019 is on the way with a predicted release in the second half of 2018. Given the recent track record of Exchange versions, it is likely that we will see Exchange 2019 in October 2018, along with releases for SharePoint and Skype for Business. Among the titbits revealed
Read More

Creating the user on the office 365 is the simple task. We can just add new user, fill the details, provide password, provide license and click on create. But if there are large number of users, or few hundred than it is almost impossible to create one by one. Yes, if you do have Active
Read More