Sometimes it feels like Microsoft just push the updates without testing… and last time same thing happened to me. I was on the delivery of the project of Exchange 2016 Hybrid with office 365, and was facing some unusual issue. While configuring Hybrid Configuration Adding Federation Domain… got Frozen for unexpectedly long time.

During the Office 365 Hybrid Configuration, while verifying the domain Ownership my configuration screen got hunged on ‘Adding Federated Domain…’. Initially I thought there might be some wrong on my configuration, hence tried to reconfigure again. But this time also the issue was same. 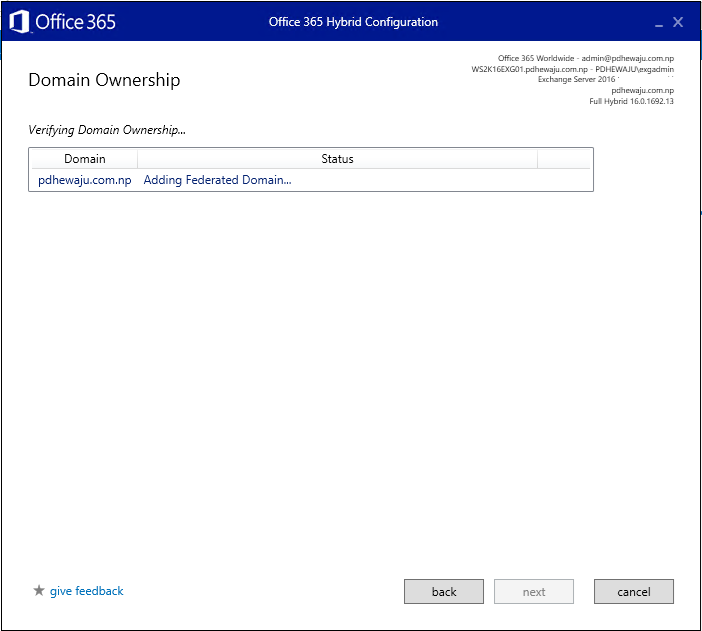 So, I thought to search for the issue throughout my event viewer, and found the issue as of below:

While checking the event log I found issue with Set-FederatedOrganizationIdentifier with Event ID 6. 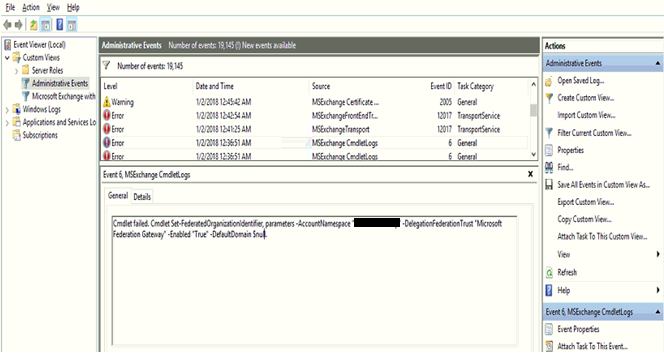 And further analyzing the issue I found this article. Which was saying me to either update to CU8 or ask support with Microsoft.

For every organization, it is not quite easy thing to get update overnight. It might take long process, but the issue has to be solved quickly. Hence to get resolve it, I have started to search the error code and the event. Luckily, I found the resolution and this was quite simple. You need to create an ‘INI’ file name “SystemConfigurationTasks.Overrides.ini” file and put in c:\Program Files\Microsoft\Exchange Server\V15\Config Folder location with below data:

Once this was done, I again started to verify my domain and add the federation…  This time it was success. 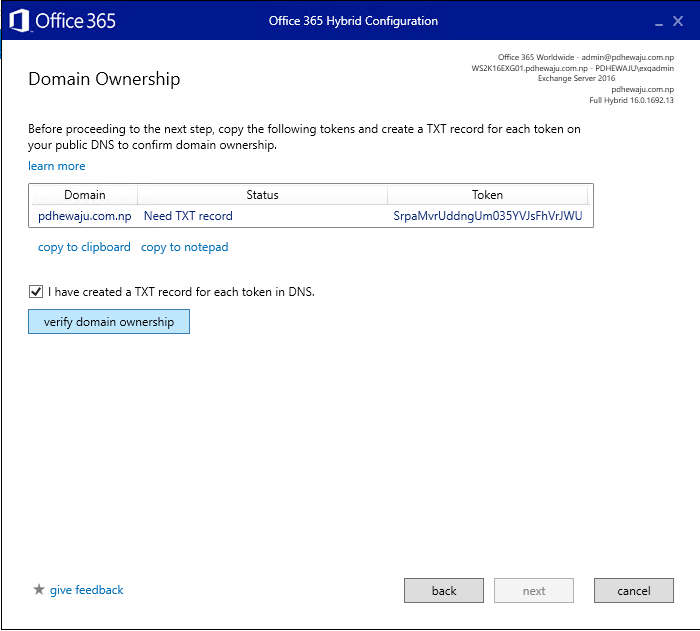 I hope this will help you guys too who is using Exchange 2016 CU7 and trying to configure Office 365 Hybrid Configuration.